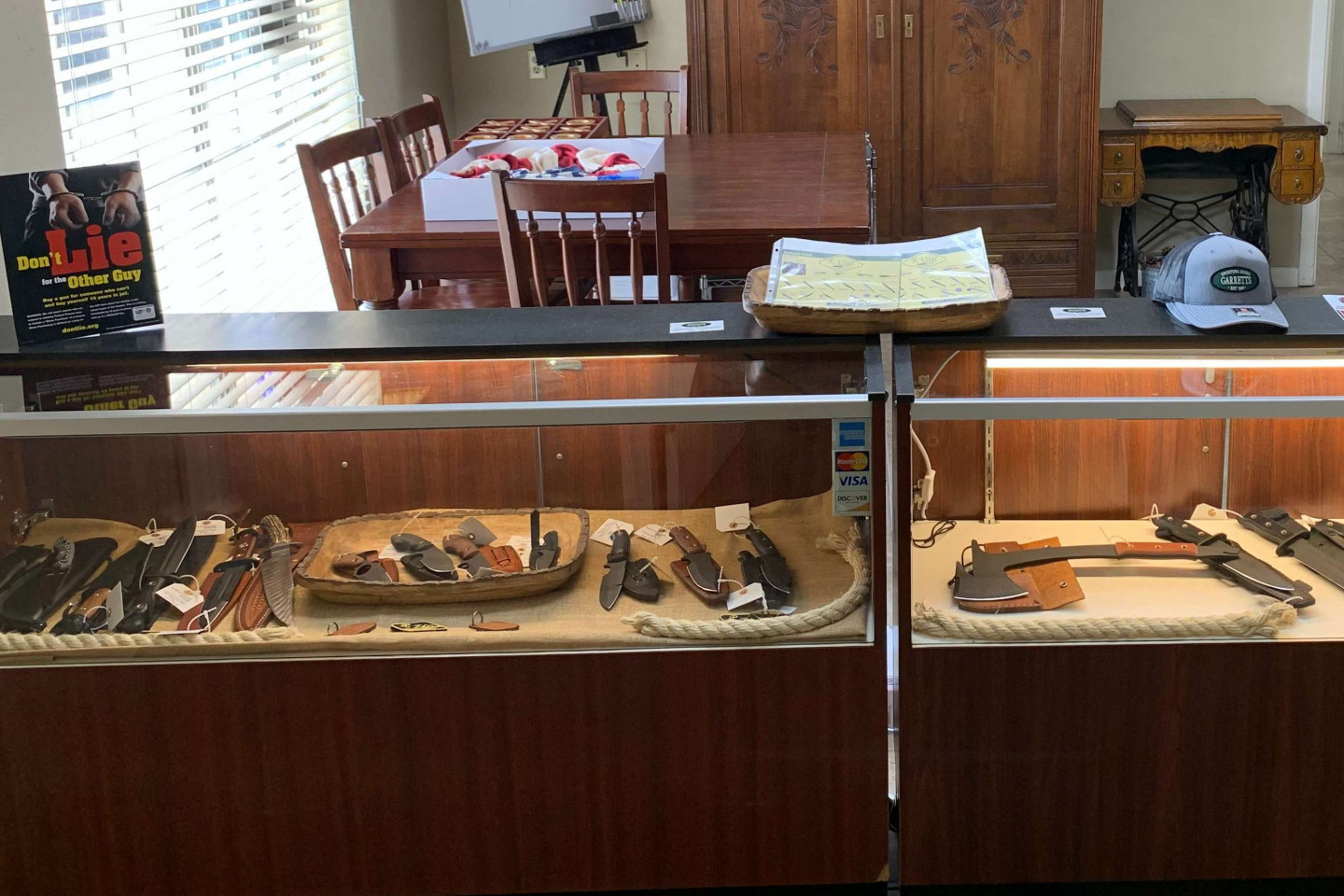 By Jerry Fisk and Ricardo Vilar

Come purchase your own works of art and Utility knives.
Hi, my name is Jerry Fisk; I have been living and working full-time as a Master Bladesmith since 1989. I received the honor of being named a National Living Treasure in 1999. Most of my pieces are created using natural materials for handles. The blade steels I prefer are traditional carbon steels or I will blend various steels to make my own Damascus. I continue to push myself to improve what I do know and to learn new skills and techniques so that I can offer you the best work that I can currently do. I prefer to engrave the pieces that I make as I think it makes the package complete though the piece must stand on its own merits without ornamentation. All of my blades from field grade to ornate pieces are tested to insure they perform in the manner for which they are designed for and made as strong as the design allows. In these modern times you have to search for something that a craftsman/artist makes one-at-a-time. The days of one person working in their shop to create functional works of art are fast going, as it seems we live in a disposable world. This is your time to own something for you and your family that can be passed down. Each generation will have its own stories of the piece and the memories it holds for them. That is something to treasure for the ages. 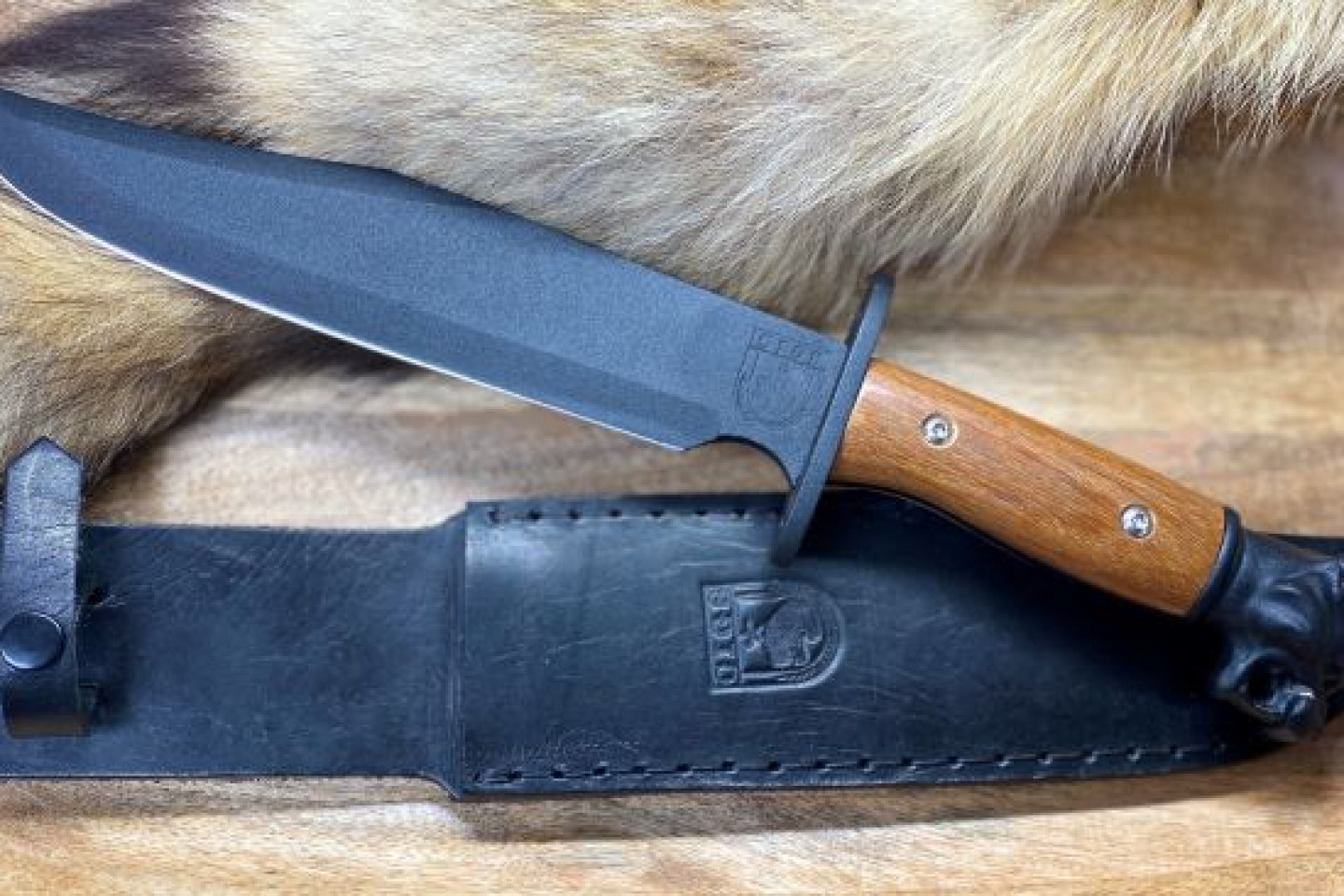 Just one example of the unique utilitarian Knives from R. Vilar Knives. Come see the collection from 2" blades to Axes. Ricardo Vilar, a lead bladesmithing instructor and technical advisor at the University of Arkansas Hope-Texarkana James Black School of Bladesmithing and Historic Trades, won the bladesmithing competition on Season 7 Episode 27 of the hit television show "Forged in Fire" on History Channel. He began his professional career in 1993 and became a licensed Journeyman Smith with the American Bladesmith Society in 2005. He served as the president of the Brazilian Society of Cutlers from 2003 to 2008, is a co-founder of a cutlery school in partnership with the University of Brasilia, and was invited by the University of Texas in 2005 to be a Brazilian style instructor at the Hammer-in Fall. Some of his recent awards include Best Field Knife IV, Best Tactical Knife IV, Best Industrial Knife IV, and Best Knife Bush Craft IV at the 2015 International Cutlery Show.The UAHT James Black School of Bladesmithing and Historic Trades offers a Certificate of Proficiency in Bladesmithing degree designed to provide students with the unique opportunity to earn a degree in the historic art of bladesmithing 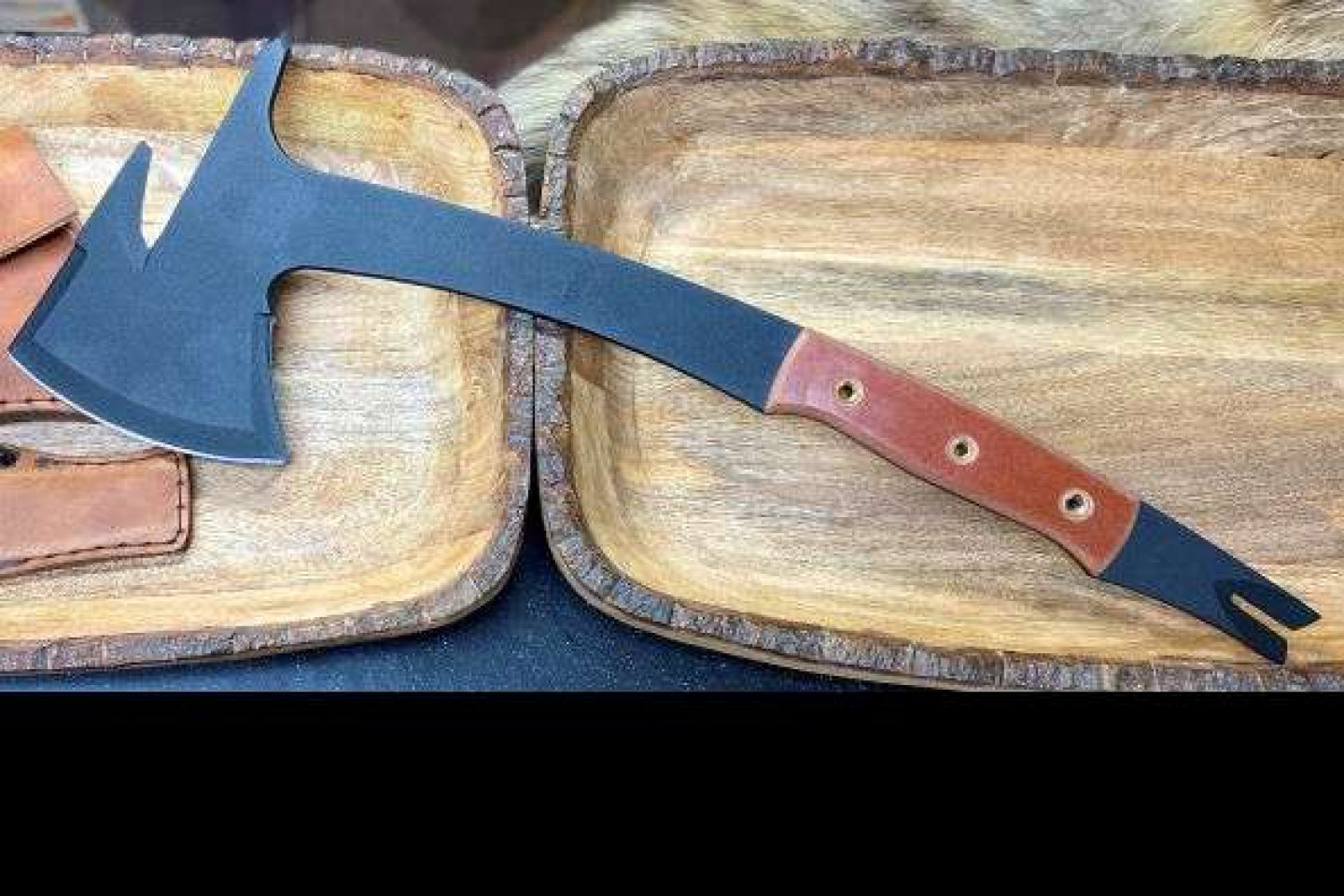